POET OF THE WEEK: JEFFERY BEAM 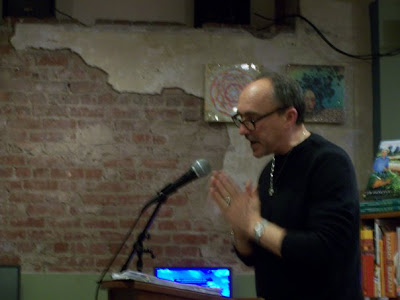 Jeffery Beam has been one of North Carolina's most prolific and what I like to call "collaborative" poets for many years. He has worked with visual artists, musicians, dancers, and composers in projects that have produced beautiful works of art illuminating the interplay of creative spirits. Like me, he is a dog lover, a lover of language (of course), and a lover of the physical world, passionately engaged its metaphorical dance with our inner landscapes.

As my friend, editor and poet Shelby Stephenson has said,"Jeffery Beam's . . . vision is lyrical, yet exacting as dirt under a leaf, air in a storm. He is North Carolina's lead singer."


And another friend, poet Jeff Davis has featured him on his blog Natures at http://naturespoetry.blogspot.com/2008/07/wordplay-welcomes-jeffery-beam.html.

The following poems call up a reality charged with the sensory world made numinous through the music of language. (photos other than of Jeffery by K. Byer) 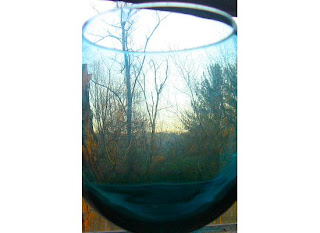 Squirrel, embodiment
of Greed
The bird feeder a dragon's lair
to you, minus
the dragon
So many jewels precious
things to crack and suck

With great stealth and smoke
approach our dome. For if not,
a flame, dry and burning, a dazzling
destruction, only
momentary,
will greet you.

You, who threaten, let
this pin-prick, this red
fever-bite, be a warning.
In our saracen tunnels,
we hold our own, asking
nothing. 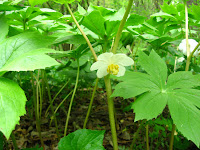 Now, when I talk
it is not just to say
this or
that.
But it is to say
what is between.

Over there,
under the sycamore, runs
the argumentative
periwinkle.
The blue eye
of southern spring.

Over there,
chickadee whistle
& blue
bird.

To my own self
be true.

To say what is
between:
the periwinkle,
the chickadee. 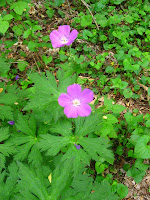 Originally appeared in essay, “William Carlos Williams and I Meet the Duende: A Poetic Voyage Through Nature to the Secret Heart of Things”, Nantahala Review, 2003. 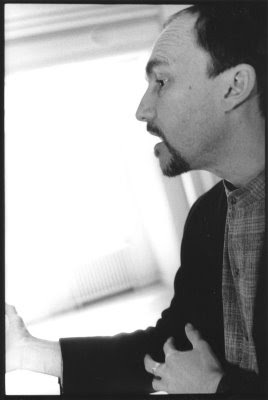 In Andrea del Sarto's painting of Saint John,
the voice crying from the wilderness
is soft & pliant, wreathed by
ivy in the hair - a natural halo.
John's a rugged youth,
splendidly smooth & hard,
draped royally in holy red & brown.
One finger & thumb
from the right hand
point heavenward & to the humble,
thin cross of sticks he carries
for a staff.
Already the fire of Grace
illuminates his face. And the coarse
curls surround him wildly,
umbrous & jungled.
Why does he, then, look down if
not to gaze at earth's lovely darkness
& the water's clear rinse?
For as he points upward, looking
down, the whole story
is told.
The light shining in the darkness, &
the darkness
which cannot hold.

Originally appeared in The Worcester Review, 1995 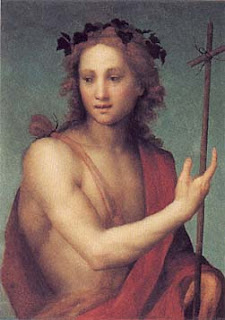 before you turn the page

There
That’s it
The ancient place
The now place 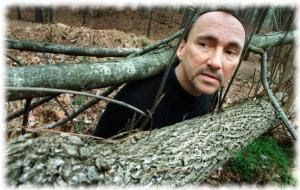 
Jeffery Beam's Invocation, a limited edition hand-made chapbook (Country Valley Press) is due late summer 2009. The Beautiful Tendons: Uncollected Queer Poems 1969 – 2007 (White Crane Wisdom Series - White Crane Books/Lethe Press), On Hounded Ground: Home and the Creative Life, an essay with poems (Bookgirl Press, Japan), and A Hornet's Nest, a quote book of Jonathan Williams - (editor, The Jargon Society) were published in 2008. His many award-winning works include Visions of Dame Kind (The Jargon Society), An Elizabethan Bestiary: Retold (Horse and Buggy), The Fountain (NC Wesleyan College Press), and the online book, Gospel Earth (Longhouse). His spoken word CD with multimedia, What We Have Lost: New and Selected Poems 1977-2001, was a 2003 Audio Publishers Award finalist. An expanded Gospel Earth (Skysill Press, England) will be published in 2009. The song cycle, Life of the Bee, with composer Lee Hoiby, continues to be performed on the international stage. The Carnegie Hall premiere with Beam reading and the songs performed can be heard on Albany Record's New Growth. His book-length surrealist gay-themed prose poem, Submergences, originally published as a chapbook in 1997 was reprinted in 2008 in Rebel Satori Press's Madder Love: Queer Men and the Precincts of Surrealism. On December 1, 2008 (World AIDS Day) in Boston, MA, composer / counter-tenor Steven Serpa premiered a cantata Heaven's Birds: Lament and Song based on three of Beam's poems from The Beautiful Tendons. Beam and Richard Owens (Damn the Caesars) edited a Jonathan Williams feature for Jacket magazine for late summer 2009 – which they hope will evolve into a book. Beam continues to work on The Life of the Bee, an opera libretto based on the Demeter/Perspehone myth, and a commonplace book on poetry and the spirit entitled They Say. The Broken Flower: Poems seeks a publisher. Beam is poetry editor of the print and online literary journal Oyster Boy Review and a botanical librarian in the Biology-Chemistry Library at UNC-Chapel Hill, North Carolina. www.unc.edu/~jeffbeam/index.html

Posted by Kathryn Stripling Byer at 9:23 AM

Kay,
Thank you for posting the poetry and profile on Jeffery Beam. I enjoyed his poetry very much.