THROUGH THE GLORIETA PASS, by Lavonne J. Adams 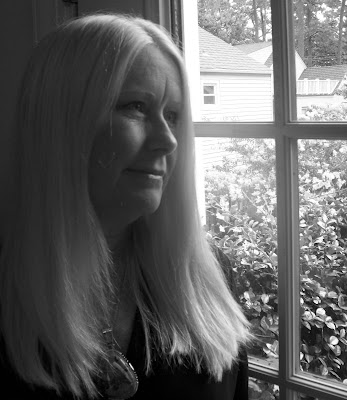 Lavonne J. Adams grew up in Norfolk, Virginia, but has made North Carolina her home for the past 30 years. She is the recipient of the Persephone Poetry Prize for her chapbook Everyday Still Life, and the Randall Jarrell/Harperprints Chapbook Award for In the Shadow of the Mountain. She has published in over 50 additional venues, including The Southern Poetry Review, Missouri Review, and Poet Lore. She was an artist-in-residence at the Harwood Museum of Art, Taos, NM, and has been awarded a Helene Wurlitzer Foundation Residency for Summer 2009. Adams teaches in the Department of Creative Writing at the University of North Carolina Wilmington.

INTRODUCTION
During the mid-1800s, prior to the arrival of the Atchison, Topeka & Santa Fe Railroad, the Santa  Fe Trail was the route used to open up the Southwest. Unlike the Oregon Trail, which existed in order to move settlers to the west, the Santa Fe Trail was primarily established for reasons of commerce. The Trail, which began in Independence, Missouri, covered approximately nine hundred miles and took up to three months to travel. The Trail itself splits into two branches—the Cimarron Cutoff, which ran southward through the desert, and the Mountain Branch, which wound through the treacherous Raton Pass in the Rocky Mountains—before reuniting at La Junta, New Mexico. Each branch was notorious for its particular tribulations. The title of this collection refers to the final pass through the Sangre de Cristo Mountains, which leads into Santa Fe.

While some of the travelers were drawn to the adventure of the West, others took to the Trail for health reasons; the climate was said to be extremely beneficial, especially for those suffering from lung ailments. Many of the women who traveled the Trail did so in order to remain with husbands who relocated to Santa Fe for business reasons. They kept journals or wrote memoirs that relayed the trials, as well as the glory, of the Trail. These poems are very loosely based on those recollections. This collection is meant to open an alternative window into history. While I have endeavored to capture accurately the experiences these women endured, the final product is intended to be art—historical fiction rather than fact. The poems are punctuated by Native American folklore/myth, and laced with glimpses of the roles of both the Native American and Mexican women who made their homes along the Trail. 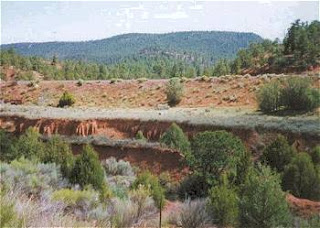 How the Earth Became Bountiful (A Cheyenne Tale)


Long ago, the Plains were a hollow bowl.
Babies too hungry to cry hung in their cradleboards
from bare trees. When they could no longer bear
empty cooking pots and hollow eyes, two warriors
set out to search for whatever they could find.
After seven days, a butte rose in the distance
like a buffalo’s back. An old woman
stepped through the waterfall
as if it was the flap of her tipi. Her skin was
as brittle and lined as cornhusks, her hair
as white as an antelope’s belly. Above her
cooking fire hung strips of dried buffalo meat.
Why have you not come sooner, my grandsons?
She handed the warriors two bowls filled
with stew, two bowls filled with corn.
While they ate, she pulled porcupine quills from
a buffalo-bladder pouch, softened
each quill in her mouth, flattened them
between her gums. With an awl
and sinew, she stitched the quills to a pouch
shaped like a turtle, which would hold
the earth’s umbilical cord—a guarantee of its longevity.
The bowls were still full when the warriors could eat
no more, their stomachs firm as fish.
The cowry shells sewn to the woman’s bodice glowed
like the moon’s sisters as she lifted her arm, pointed
to her left. In a haze of sage smoke, the warriors saw
the earth laden in buffalo. Behind the woman,
fields bristling with corn; to her right,
prairies thick with horses. Straight ahead,
they saw their own faces fierce as they fought
alongside their tribe. And they knew this was
an omen--that they would be victorious,
that they would carry home many captives,
and that the storm clouds forming in the east were
nothing but shadows.


I.
When we left Fort Leavenworth, smoke
from tar barrels smudged the sky,
the lining of my nose—a talisman
against cholera. On the trail,
gray ribbons of smoke rose
from each campfire as
tents became Japanese lanterns lit
by the lamps inside. Twice a day
I gathered buffalo chips in my skirt
like a windfall of apples. I learned
to kick each chip with the toe of my shoe,
to expose what was hidden in its scant shade--
red spiders that uncurled to the size of
my hand; scorpions that scurried away,
their tails curled like dark questions.II.
At Fort Marcy, walls crumbled, wind
and rain eroded the soldiers’ graves, stranding
bones to bleach in the sun. We piled them up
like firewood, then—as one child counted to fifty—
the rest of us ran to hide. One by one,
we sneaked back, free only when a bone was snatched
from the stack. What did we know
of respect for the dead?
Late one afternoon, I walked past the jail.
Through the door’s bars, I watched
a prisoner pull a cigarette from his pocket.
He smiled and asked my name, then told me his
daughter had braids as long as mine.
To make me smile, he sang
Shoo-fly, don’t bother me, then swung
his silver pocket watch as if it was that fly.
The next morning I carried him two cookies
that smelled like molasses and ginger.
There was a red stain on his shirt. His head
was lowered as if deep in prayer.
At his feet, the cigarette, still unlit.

Once a month, when the Indian Scouts paid
my mother for their room and board,
we went to Spiegelberg’s store for supplies,
its dirt floor still damp from water sprinkled
to keep the dust down. In a glass case,
a display of candy—fat licorice babies,
cinnamon drops as hot as the red chiles
that hung like witches' fingers outside the door.
But it was rock candy I craved, the mysterious
way the crystals clung to the wick, each sharp edge
and odd angle a terrain my tongue longed to explore.
With the handle of a knife, I could break off one
piece at a time, tuck it under my tongue
like a sweet secret. Sometimes
the crystals were faintly cloudy,
sometimes they seemed almost amber,
as if trying to transform into gold.

I made myself a pouch—like an Indian’s
medicine bag—from a Bull Durham tobacco sack.
Inside, three gray horsehairs wound around
a chicken feather, a moss agate, a nugget
that glittered when tipped toward light.
When I tied the bag around my waist, I became
invincible. My mother’s heart was
her medicine bag. Inside, she bundled the spirits
of her husbands—one, an Army surgeon killed
in the Mexican War; the other, a scout ambushed
by Indians. How often did their restlessness
snag like tumbleweeds inside her veins.
On the trail, livestock were corralled at night,
loosely bound so they could graze at will. Still,
by morning several found their way out,
as if the stars were salt licks waiting
for their dissatisfied tongues.

Photograph, After the Nun’s Death


The wind lifts the wimples of two nuns kneeling
by the grave, and the shawls and coat tails
of those who are walking away. Frozen forever
in sepia, one nun buries her face in a handkerchief,
the other covers her eyes with her hand. Grief
is etched in the angles of their bodies,
in the submissive slump of their shoulders.
Consider how difficult it was to nurse
the cholera-ravaged nun through her final
struggle—the humbling bouts of diarrhea,
every muscle knotting, her pulse
trickling away, her pleas for water
she couldn’t swallow. Imagine
this photo as a tableau vivant,
that you can suddenly see the restless
horse sidling, hear the muffled
sobs of the nuns, the murmuring
of the others as they turn back
toward their lives. Within minutes,
the frame will be empty except for a solitary
rattler curled beneath a clump of sagebrush.
By morning, only the simple cross
will cast its scant shadow.
Posted by Kathryn Stripling Byer at 5:45 PM